​Unmanned aerial vehicles (UAVs), commonly known as drones, can be traced back as far as 1918. The US army commissioned inventors to research pilotless aircraft, and the British Royal Navy used primitive UAVs for anti-aircraft target practice.

The Predator RQ-1, put in service in 1994, was the forerunner of today's drones. It could be controlled from thousands of miles away by satellite link and could travel up to four hundred nautical miles. Since then, drone technology has advanced at a remarkable pace.

It's now possible to buy a sophisticated drone for just a few hundred dollars. Manufacturers like DJI have created a vast retail market, and their aircraft are full of advanced features. The commercial drone market is also increasing, and many industries are embracing the technology to reduce costs and improve processes. Experts predict this is still early days for UAVs, and there are exciting things to come over the next few years. Developments will include the following.

Battery life is one of the main limitations of today's drones. Lithium polymer batteries, commonly known as Lipo batteries, are the power source for most smaller UAVs. They are cheap, light and rechargeable, but they can only deliver power in short bursts. Their performance is affected by low temperatures, and this makes operating Lipo-powered drones difficult in winter months and colder regions.

A number of alternative power sources for drones are in development, and Lipo batteries may soon be replaced by more efficient solutions. Hybrid gas-electric engines are one option. To power UAVs, gasoline can be up to 50 times more efficient than current power sources. The weight of combustion engines means they aren't practical for small drones, but hybrid engines can provide the required power to weight ratio.

Solar power for drones is also in development. The prototypes developed suggest they could replace satellites in the next decade. The solar cells within the wings of these drones charge onboard lithium batteries, allowing them to fly at night.

Single drones have already become powerful tools, but acting as part of a swarm will take unmanned aircraft to the next level. Small, light and able to interact with each other, swarms of drones will act like flocks of birds. Some experts fear what they could be capable of in the wrong hands. For example, thousands of miniature attack drones could be launched at a warship in a combat situation. Teams of tiny quadrotors could gather vital intelligence across a battlefield.

Outside of the military, swarms of drones have many other practical applications. They have already been used to form a light show as an alternative to a firework display. A Chinese company used a thousand drones to create a map of China in the sky as part of a New Year celebration. 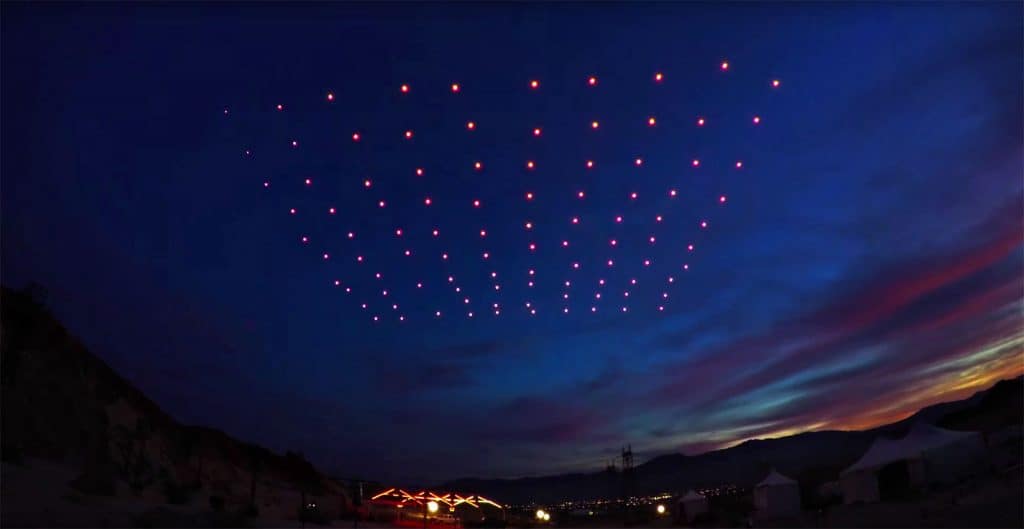 Drones already contain sophisticated processing power, but artificial intelligence will make them capable of flying without a human operator. These robotic UAVs will be particularly useful in agriculture and the oil and gas industries.

Autonomous drones will be able to launch themselves to carry out surveys and inspections in remote locations. There are some moral issues around developing drones with artificial intelligence, but the benefits outweigh the risks if the right controls are in place.

Another significant improvement for drones of the future will be the use of lighter construction materials. As well as making UAVs more efficient and able to stay in the air for longer, being lighter means they won't be subject to so many regulations. Some predict that the next generation drones will be so compact and lightweight that they will be carried everywhere like today's smartphones.

Drone technology is advancing at a rapid pace, and it's hard to predict how future aircraft might look. More efficient power sources and the ability to fly without a pilot will make the next generous of UAVs powerful tools for hundreds of industries.

Who Needs Fireworks When You Have Drones?